Meet the hosts of the 2020 Nashville Emerging Leader Awards 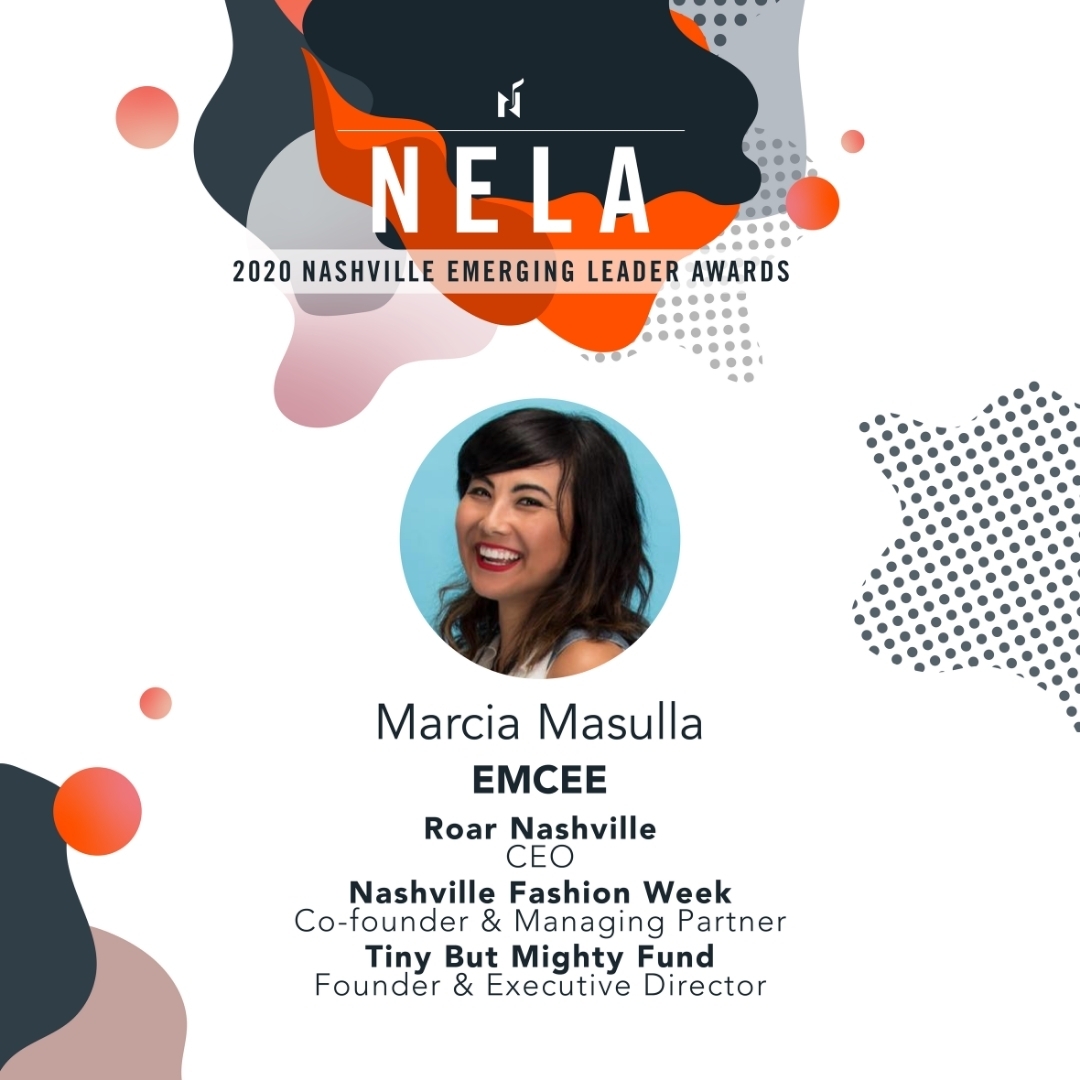 A native of St. Louis, Marcia Masulla moved to Nashville in 2008. She went to work helping build Nashville organizations such as Nashville Fashion Week, where she is a co-founder and managing partner. She also founded the Tiny But Mighty Fund, a nonprofit that raises funds and awareness for animal welfare and rescue; she was honored with the Julia Colton Animal Welfare Award by Nashville Humane Association.

Masulla also led the USA Today Network and Tennessean multi-media startup, 12th & Broad, as the Creative Editor and Host before launching her own Communications, Strategy, and Creative Agency, Roar, in 2017.

She has served as a mentor while dedicating much of her time to community initiatives and serving on several boards of directors. Masulla has been recognized as a Women of Influence, 40 Under 40, and Nashville Lifestyles' 25 Most Beautiful People. In 2015, she was awarded the Nashville Emerging Leaders Award (NELAs). In addition, she is a Leadership Nashville alumnae and an inductee into the Tennessee State Museum Costume & Textile Institute. 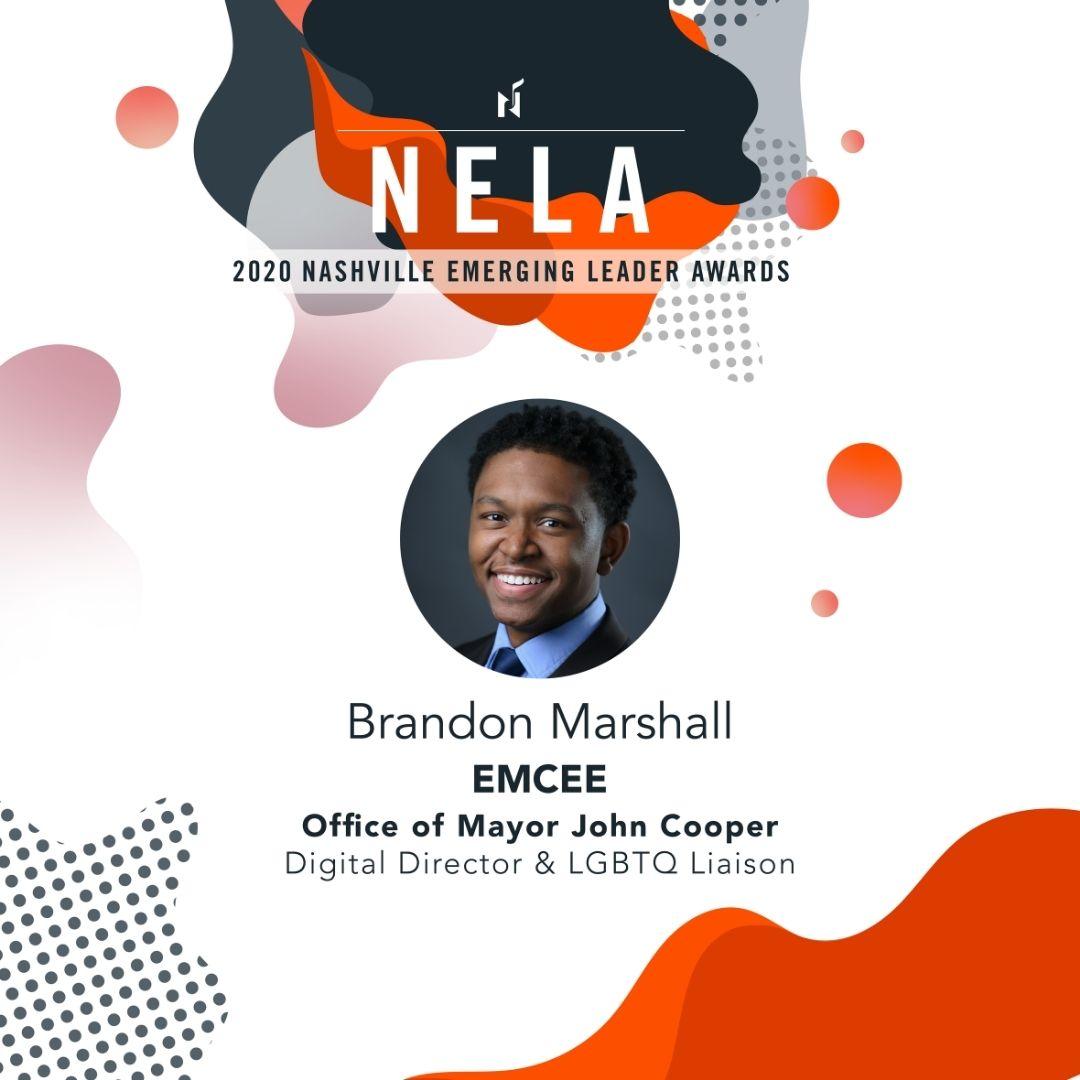 Brandon Marshall works in Nashville Mayor John Cooper's administration as the Digital Director and LGBTQ Liaison. In his role, Marshall manages and oversees the Mayor's social media accounts and works alongside LGBTQ businesses and nonprofit organizations in the community.

Outside of the Cooper administration, Marshall is a Board Member of Nashville Launch Pad - a volunteer-based nonprofit which provides emergency street free shelter to youth between the ages of 18-24 with a focus on being affirming and welcoming to LGBTQ youth.

Marshall first moved to Nashville in 2016, where he worked as a reporter for NewsChannel 5 in the North Nashville and Antioch communities. Marshall received seven Emmy nominations for breaking news and general assignment stories during his three years with the news station.

He was born and raised in Bloomfield, Connecticut, and graduated from Elon University in North Carolina in 2012 after earning a Broadcast Journalism degree. He is currently earning his master's degree in Public Administration at Tennessee State University.